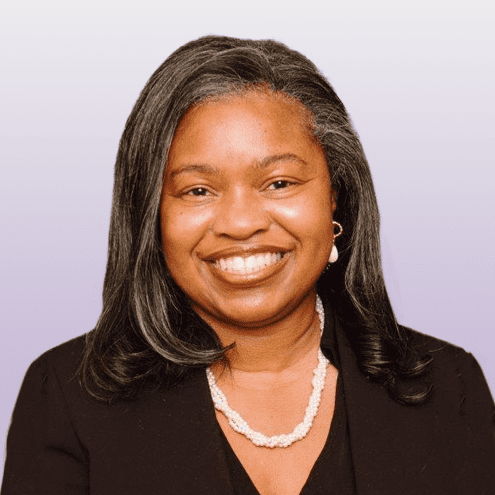 “I wake up every day motivated to make the world the absolute best place it can possibility be – and it all starts with me.”

This is the philosophy by which Carol Johnson lives, and it is why her passion and commitment to civil rights, social justice, worker protections and economic development and empowerment for everyone – regardless of their race, national origin, gender, sexual orientation or socioeconomic status – makes her a tireless, passionate and effective leader and advocate for equal rights and economic advancement.

As Director of the sole civil rights enforcement agency in the State of Arkansas, Director Johnson had the distinction of creating a name for Arkansas as a leader in civil rights and fair housing enforcement by building a quasi-judicial, regulatory, enforcement agency which receives, investigates and otherwise resolves fair housing/fair lending complaints within the State of Arkansas’ 75 counties and nearly 3 million residents.

Director Johnson is responsible for establishing the infrastructure necessary to enforce civil rights in Arkansas, and developed AFHC from its infancy stages and transitioned it from a newly formed capacity-building organization under HUD’s Fair Housing Assistance Program to a fully functioning and highly recognized fair housing and fair lending civil rights enforcement agency nationwide.

In 2016, Director Johnson was appointed to the Arkansas Advisory Committee to the U.S. Commission on Civil Rights and was in 2018 appointed Chair of the Arkansas Advisory Committee. The U.S. Commission on Civil Rights was established as an independent, bipartisan, fact-finding federal agency, empowered to, “inform the development of national civil rights policy and enhance enforcement of federal civil rights laws by studying alleged deprivations of voting rights and alleged discrimination based on race, color, religion, sex, age, disability, or national origin, or in the administration of justice. The Commission plays a vital role in advancing civil rights through objective and comprehensive investigation, research, and analysis on issues of fundamental concern to the federal government and the public.”

During her tenure with AFHC, Director Johnson resolved numerous civil rights, fair housing and fair lending cases and assisted many Arkansas municipalities in creating and/or amending existing ordinances to comply with civil rights requirements and worked with numerous housing authorities, housing developers, housing providers, lenders, real estate professionals, and others to lend critical technical support aimed at open housing access to protect both the public interest and the needs of the housing industry.

Director Johnson is committed to designing and promoting educational outreach opportunities for the general public as well as industry leaders. Since 2005, Director Johnson has hosted free annual Civil Rights Conferences for Fair Housing Month in April to commemorate and highlight advancements in civil rights and fair housing/fair lending statewide and nationally. In 2019, Director Johnson hosted her 14th national conference with more than 400 attendees and 73 local, state and nationally-recognized speakers.

Director Johnson’s commitment to educating and empowering the next generation of civil rights warriors includes her passionate service as an Instructor and Subject Matter Expert for HUD’s National Fair Housing Training Academy, a national fair housing training program that teaches fair housing professionals nationwide how to improve their skills in investigations and strategically enforcing fair housing laws in an effective, comprehensive and timely manner.

Director Johnson serves on numerous boards and committees and is a member of the National Bar Association (Arkansas and Oregon Chapters), serves on the Oregon Black Pioneers Board of Directors and as the Legislative Committee Chair for Portland Chapter of The Links, Inc., an international group of African American professional women.

Director Johnson has worked extensively in the areas of police reform and, as Chair of the Arkansas Advisory Committee to the U.S. Commission on Civil Rights, held a series of committee hearings in 2019 to review the issue of mass incarceration and its negative impact on communities of color.

Director Johnson was elected to the International Association of Official Human Rights Agencies (IAOHRA) Board of Directors in 2014, as a board member at-large and in 2017 and 2019 its 2nd Vice President. IAOHRA’s mission is to provide opportunities and forums for the exchange of ideas and information among member agencies and human rights advocates. IAOHRA provides assistance in developing programs to eliminate illegal discrimination in employment, housing, education, public accommodations, public services and commercial transactions, including banking and lending practices.

A licensed attorney, Director Johnson has worked in various areas of administrative, civil and criminal law, and holds a Bachelor of Science degree from Texas Christian University in Fort Worth, Texas; a Master of Arts degree from the University of Arkansas at Little Rock and a Juris Doctor from the William H. Bowen School of Law.