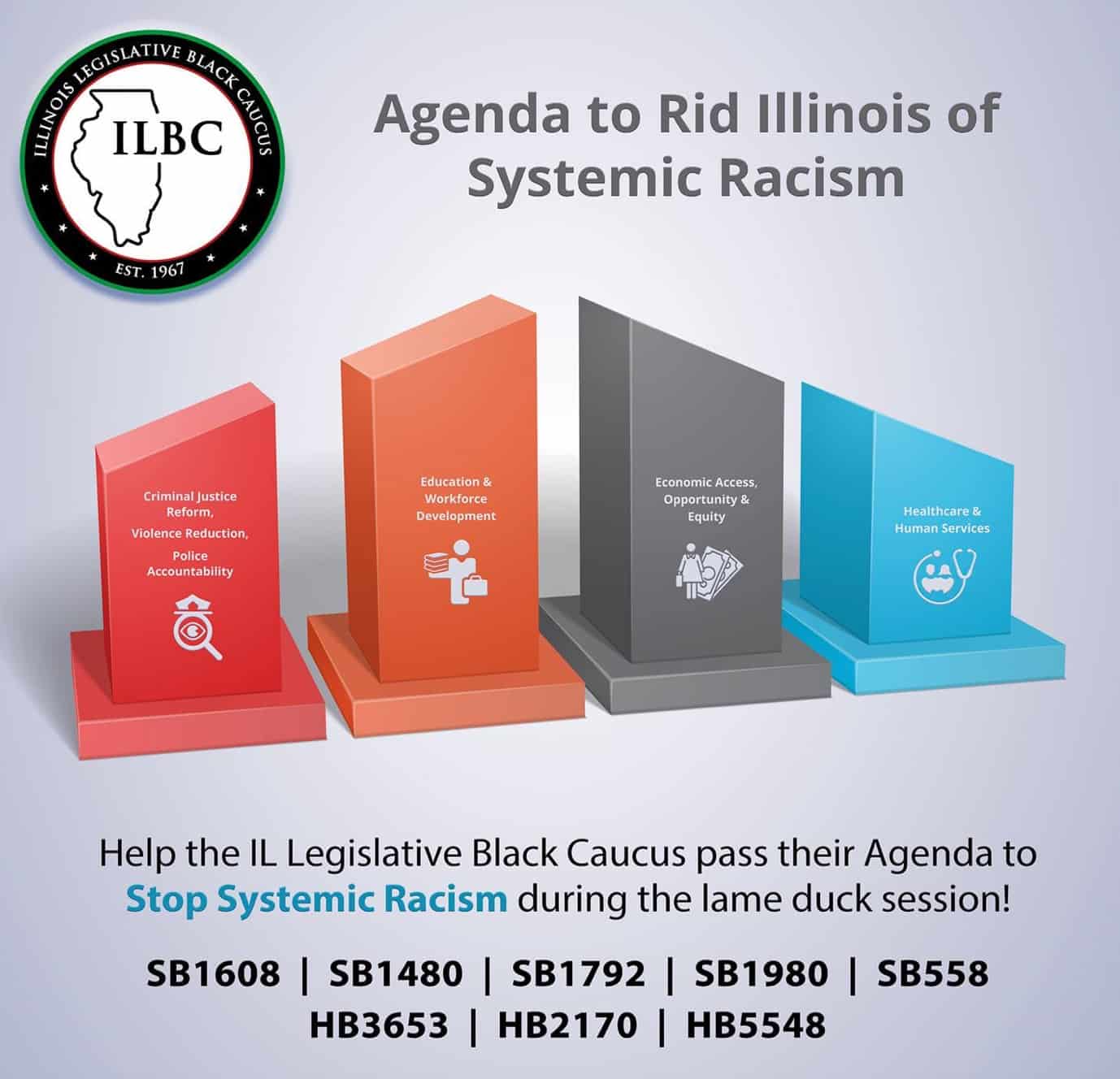 Widespread support for Illinois’ Predatory Loan Prevention Act, SB 1792, shows some good is coming after a year of violence, chaos and pandemic.

In just a few days of a lame duck legislative session in January, the Illinois Legislative Black Caucus introduced a sweeping agenda to stop systemic racism.

“Monumental” is how Illinois state Senator Carol Ammons described the package’s pillars, Economics, Education, Healthcare and Criminal Justice. As one reporter put it, the “Legislation ranges from payday loans to lead water pipes.”

Not every element of the economic equity and opportunity package passed. But there was broad, bipartisan support for SB 1792, the Predatory Loan Prevention Act which would establish a 36% APR cap on consumer loans like payday and auto title loans. Support was reflected in the bill’s near unanimous passage in the state legislature – 110 yeas (0 nays, 2 present) in the state House, and 35 to 9 in favor in the state Senate.

Brent Adams, Woodstock’s Senior Vice President of Policy and Communication, said in his testimony supporting the bill, “On this issue, Illinois is behind the times.”

Seventeen states and the District of Columbia already protect consumers with caps of 36% APR or lower on consumer loans. Adams traveled to Springfield to testify in support of the bill during the state legislature’s “lame duck” session that kicked off on a cold Saturday in January; due to COVID-19, sessions were held at a convention center down the street from the Capitol, and Senate committees met on the Senate floor.

As he pointed out in testimony, predatory lending has long been a racial justice issue – the exploitative lending industry targets borrowers of color. 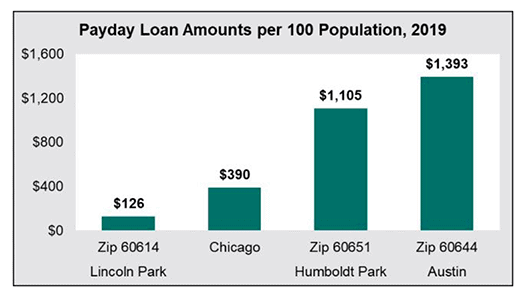 In another sign that this form of lending has come to be seen as unacceptable across the political spectrum, conservative and progresslve legislators united to support the legislation. For example, state Reps. Andrew Cheney, R-Freeport, and Will Guzzardi, D-Chicago – who agree they reflect opposite ends of the political spectrum in Illinois – wrote in Illinois Journal-Standard newspaper that:

One of us is a Chicago Democrat who co-chairs the Illinois House Progressive Caucus. The other is a Northwest Illinois Republican who is a firebrand for Conservative causes. Despite these obvious ideological differences, this summer we joined forces on an issue that matters deeply to both of us: curbing excessive interest rates on payday loans.

We think, no matter where you are on the ideological spectrum, you can agree that 400% annualized interest is outrageous. The hardships placed on vulnerable Illinoisans by these lenders of last resort is wrong. Whether you are a progressive or conservative, or simply care about your fellow Illinoisans’ well-beings, we believe this measure will make our state a better, fairer, and more decent place.

Legislators from both sides of the aisle were not the only ones joining to support the rate cap. The lending industry joined in, as well. Leaders of the Marketplace Lending Association worked with Woodstock, Illinois Asset Building Group, Illinois PIRG and other members of our coalition to support SB 1792, too.

Payday and auto-title lenders target people looking for a life preserver, only to throw them an anchor – an expensive one. As lending organizations ourselves, we know that lending doesn’t have to be like that. … Responsible lenders show every day that it is possible to adhere to a 36% APR cap and offer loans to a broad spectrum of borrowers.

Other advocacy groups of course have weighed in as well. Capping payday rates has been a state priority since the creation of the Monsignor Jack Egan Coalition named for the famous Catholic activist years ago. This February, the Illinois Catholic Conference, an anchor supporter of the coalition, wrote to Illinois Governor JB Pritzker asking him to sign the legislation as soon as possible saying:

Predatory lending is a racial justice issue. Payday lenders have always targeted communities of color, and this effect has been exacerbated during the pandemic. Our nation’s reckoning with racial justice should include Illinois reckoning with the wedge that high-cost, small dollar lending drives straight through the racial wealth gap, widening it further. With this structural inequity in mind, we hope you will sign SB 1792. 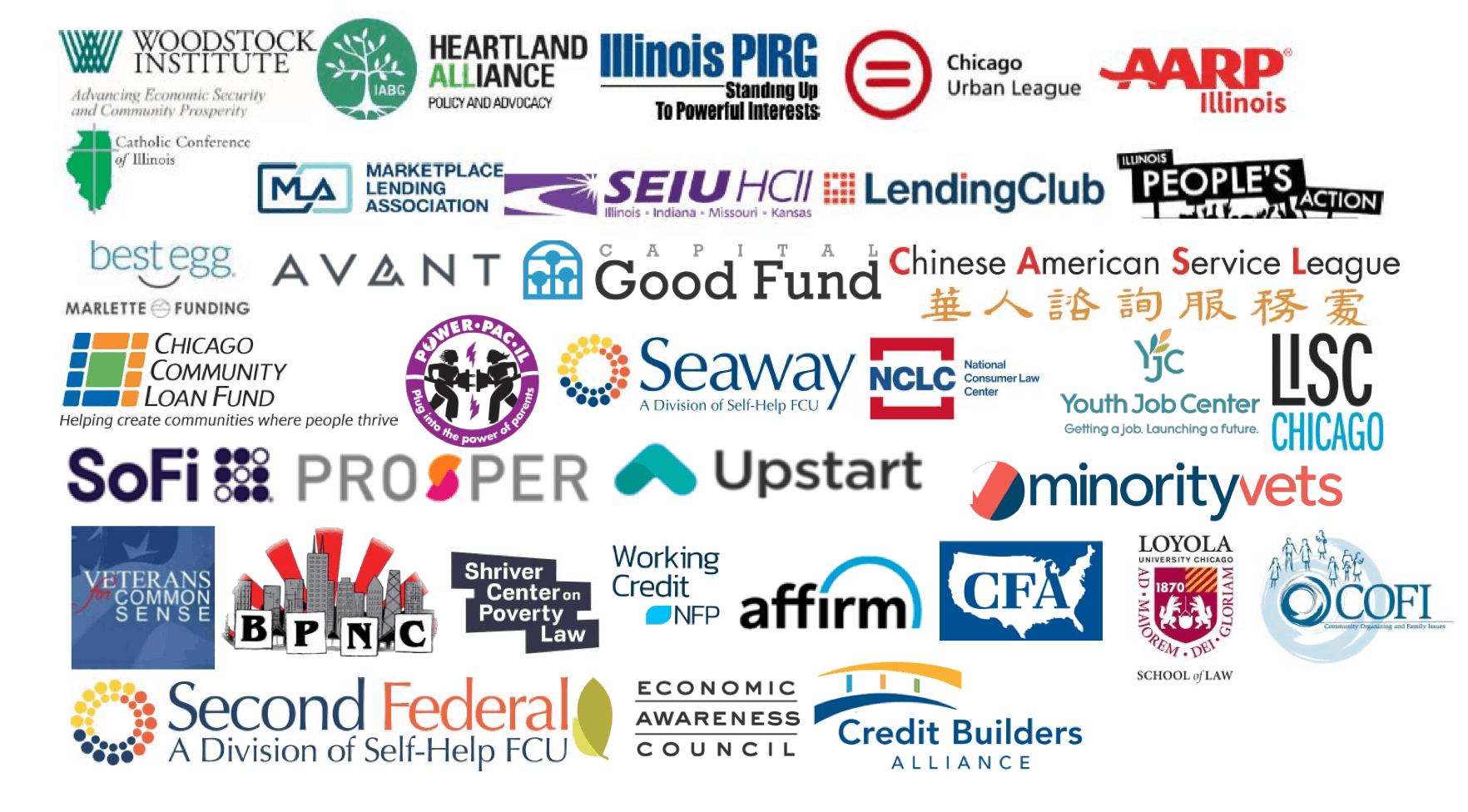 More than 110 elected officials, faith leaders and national and state organizations support passage of the bill. A full list is on the Illinois Asset Building Group website.

As we pointed out in the letter to the governor, by capping APRs on consumer loans at 36%, the PLPA will give more Illinoisans a chance to achieve financially secure futures.

Although there has been some pushback – mostly from payday lenders who see their ability to charge exorbitant interest rates slipping away – it’s a great sign that payday lenders are among the only ones opposed to the legislation.

Thanks to the leadership of the Illinois Legislative Black Caucus – particularly bill sponsors state Sen. Christopher Belt and state Rep. Sonya Harper, as well as state Sen. Jacqueline Collins – we are taking a long-needed step toward greater financial equity in Illinois.

Gordon Mayer is a communications consultant working with Woodstock Institute.