Asian-owned businesses constitute a much higher percentage in the area, with 11.2%, and only 5.4% of the population. Unfortunately, the disparity does not end there. NCRC conducted an analysis of business lending by banks in the Philadelphia metro area. All reported business lending in the Philadelphia metro area from 2012-2016 was analyzed, and we found that a much higher proportion of the number of loans went to neighborhoods with white and Asian- majority populations. 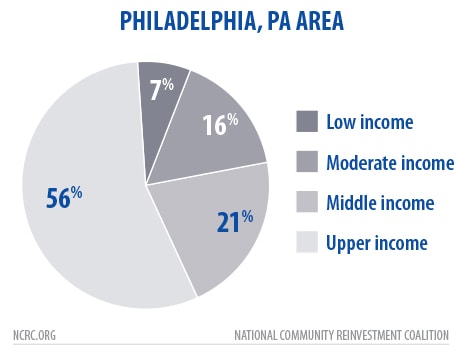