NCRC used data collected under the Community Reinvestment Act (CRA) and the Home Mortgage Disclosure Act (HMDA) for the years 2012 through 2016 to calculate the sum of loan amounts made during this period for every census tract in the United States.

Building upon the work of research in academia and the Federal Reserve, we calculated the approximate impact of the CRA on both mortgage and small business lending in every community. We extrapolated from that work to consider the potential impact of significant weakening of CRA.

Our report presents those approximated losses at the national, state, and Congressional District levels. 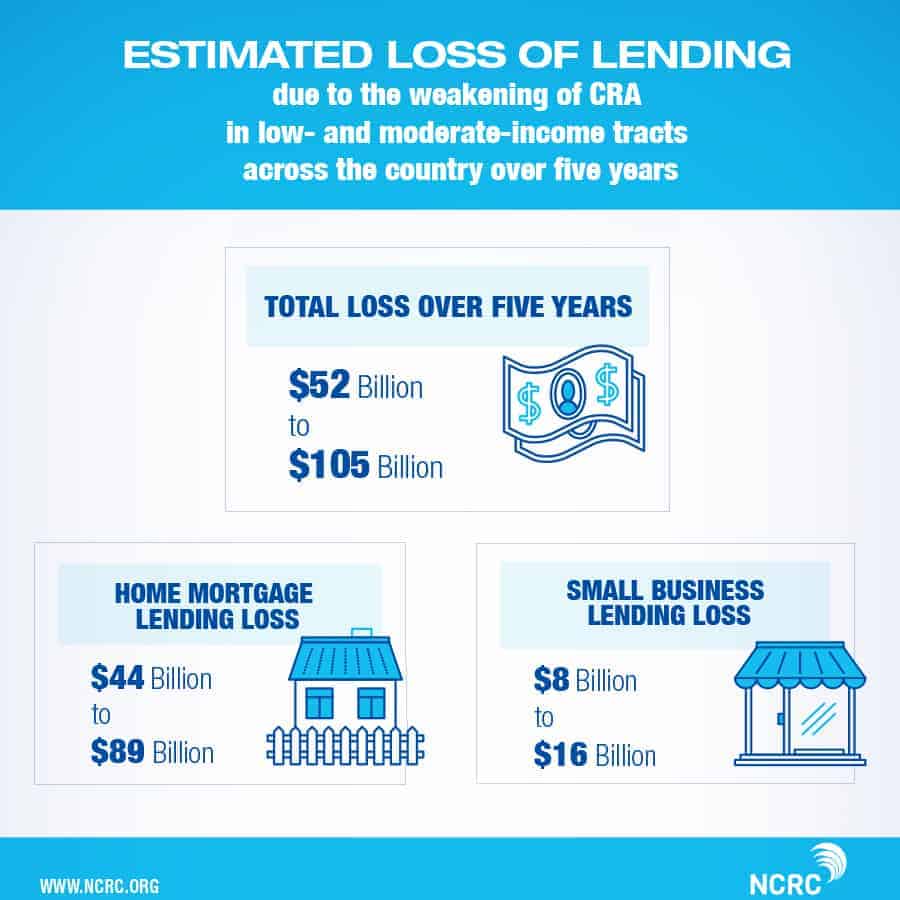 Photo by Masaaki Komori via Unsplash