“For nearly four decades, the Community Reinvestment Act has been instrumental in creating billions of dollars of wealth for our nation’s communities, particularly in low- and moderate-income neighborhoods. By requiring financial institutions to serve the credit needs of the communities in which they are chartered, and requiring safe and sound lending, CRA has made possible the responsible home mortgages and small business loans that have provided working Americans with economic security and wellbeing. When everyone has a fair shot at economic opportunity, we all benefit.”

“We urge federal banking regulators to act upon the concerns expressed to them last week by members of the House and Senate regarding the need to modernize the CRA regulation and improve their enforcement of the law. Now more than ever, stronger CRA enforcement is crucial to ensuring that banks meet their affirmative obligation to fulfill the credit needs of the communities where they are chartered. We also call upon Congress to expand CRA to cover other institutions such as credit unions and independent mortgage companies, who should also have this same obligation.” 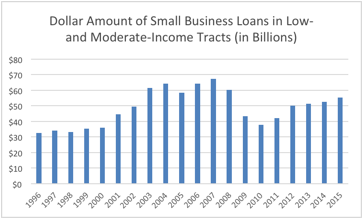 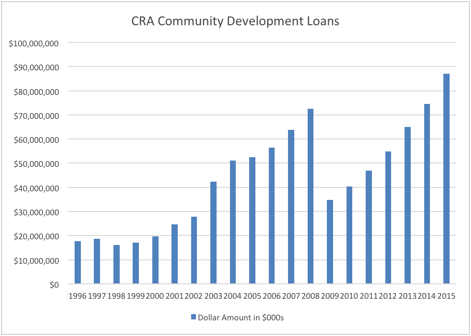 Last week, NCRC applauded letters from members of the U.S. Senate and U.S. House of Representatives to the financial regulators expressing concerns about enforcement of the Community Reinvestment Act (CRA) and calling for reforms to its guidance and regulations.

This year, NCRC and several of its members negotiated Community Benefits Agreements with KeyBank and Huntington Bancshares, Inc., totaling over $32 billion.

About NCRC
NCRC and its grassroots member organizations create opportunities for people to build wealth. We work with community leaders, policymakers and financial institutions to champion fairness in banking, housing and business development.