In March of 2018 NCRC released a report on the maps of the Home Owner’s Loan Corporation and their influence on present day redlining and segregation.

The Federal Reserve Bank of Chicago has revised its analysis of the effect of the 1930s HOLC “redlining” maps on urban areas and their findings both support and expand on the NCRC analysis. 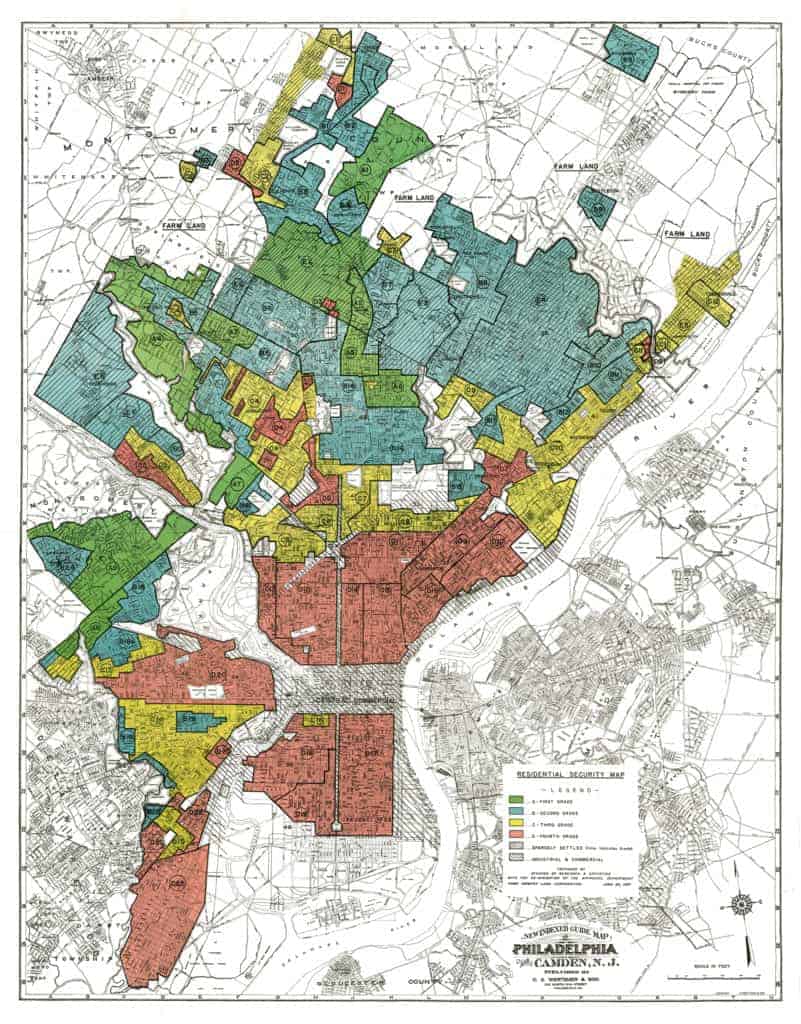 This detailed study examined the relationship between redlining, segregation and disinvestment in 145 cities over a 70 year period. The findings include:

The report explains that the low grading of neighborhoods produced “…significant and long-lasting effects on subsequent urban development” because they “led to reduced access to credit and higher borrowing costs…” which reduced the value of homes.

Reduced home values led to increases in default rates and decreased investment in home improvements. This resulted in the physical deterioration of the housing stock, a primary cause of neighborhood blight.

In over 200 cities the HOLC mapped the redlined nucleus of our cities that in many cases persists today. Housing segregation leads to less wealth, poor school quality and a lower quality of life.  Intractable concentrated poverty continues to plague these cities, and by using data not available to the public the Fed has shown that this is directly linked to the misguided early redlining efforts of the federal government.  The study shows that landmark civil rights legislation, such as the Fair housing Act of 1968 and Community Reinvestment Act of 1977, helped spur some investment in the hardest hit areas but hasn’t reversed decades of legal segregation.

The Affirmatively Furthering Fair Housing rule requires that local communities work with community groups to identify and eliminate concentrated poverty that is often centered in areas redlined by the HOLC. NCRC can offer assistance with forming an AFFH plan, reducing the areas of poverty that hold your community back.  Contact your NCRC regional organizer today to find out more about this. Not a member? Learn more.

Jason Richardson is Director of Research & Evaluation and Bruce Mitchell is a Senior Analyst at NCRC.