As explanations of the racial wealth gap and the persisting structural inequality of the U.S. economy, Dr. Mehrsa Baradaran’s 2017 book, The Color of Money: Black Banks and the Racial Wealth Gap, is the ideal shelf-mate to Richard Rothstein’s The Color of Law: A Forgotten History of How Our Government Segregated America, published the same year. These books provide the deep historical context of racism and its outgrowth as segregation in our neighborhoods and banking systems. 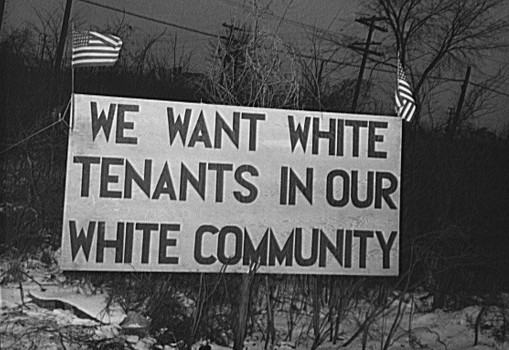 Baradaran’s book is a particularly devastating attack on the idea that noninterference in the market, and the persistence of a segregated economic system, will be able to correct the huge gap in black and white wealth. She starts by recounting the tragic failure of the Freedman’s Bank in 1874 (which was located behind NCRC headquarters at Pennsylvania Avenue and Madison Place, Washington, D.C.), a failure which robbed the savings of over 63,000 black depositors, many of whom were saving to purchase homesteads to escape the cotton sharecropping system.

The book goes on to document the establishment of early black-managed banks to serve communities cut off by Jim Crow laws from full participation in the U.S. economy. Baradaran gives an insightful explanation of the causes of a weak black banking system. Forced ghettoization during Jim Crow cut black people off from participation in the wider economy. The resulting impoverishment made black banks particularly vulnerable to economic crises and bank runs, which periodically swept across the U.S. economy prior to establishment of the Federal Reserve System and Federal Deposit Insurance Corporation.

The need to retain higher deposit levels in black banks meant they had less money available for mortgage and business lending, and necessitated a greater aversion to risk than for white banks. There was no mechanism like Fannie Mae and Freddie Mac to buy mortgages and free up bank capital to make additional loans. Mortgages and commercial loans were held on the bank’s books until repayment, necessitating small loans with short terms. Mortgage loans often went underwater because of the segregated residential structure of cities, which depressed the value of real estate in black neighborhoods. This created a negative-feedback loop which worked against black banks and communities.

Additionally, money deposited in black and white banks in places like Harlem “leaked-out” of black areas and ended up being invested in white mortgages and enterprises. Segregation of the economic system benefited the majority white community while increasing the vulnerability of black people.

After recounting the Civil Rights era and the cynical co-opting of “Black Power” by President Nixon as a slogan for black entrepreneurship, Baradaran brings us to the present era. She stresses that measures to build black wealth that neglect building black political power fail. In her view, political power is necessary to protect the wealth created by the black community. This is the strategy which Dr. Martin Luther King, Jr., implemented by first emphasizing the social and legal structure of segregation, then pivoting more intently to the issue of economic inequality shortly before his assassination. While she suggests that black banks be supported, they will not close the racial wealth gap. Instead, Baradaran proposes that a “Black New Deal” is necessary with policies and programs structured to assist black communities.

For those who don’t have access to the book, this excellent one hour interview with Baradaran discusses the central argument at minute 26:40; the threat to the Home Mortgage Disclosure Act at minute 33:00; payday lenders and banking deserts at minute 56:30; and proposals for a “Black New Deal” are near the end of the interview.

Dr. Bruce Mitchell is a senior research analyst at NCRC.