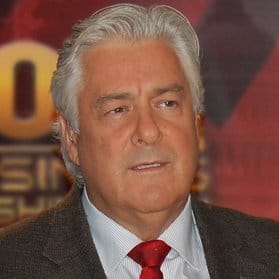 John has been the recipient of numerous local, state and national awards, including an appointment by President Bill Clinton to the Advisory Board of the CDFI Fund, the Martin Luther King, Jr. Peace Award, two citations from the United States Congress for his work in promoting fair housing, the State of Massachusetts Award for Excellence in Community Economic Development, and more.

John has spoken internationally on matters relating to social and economic opportunity, including in Brazil, France, United Kingdom, United States and South Africa.

He has also served on the Consumer Advisory Council of the Federal Reserve Bank Board in Washington, D.C., is a member of the United Nation’s Economic and Social Council, and was a principle in the design and formation of both the European Center for Responsible Credit and Global Community Reinvestment Coalition.

In 2005 and in 2006, he was named by The Non-Profit Times as one of the top 50 most influential non-profit leaders in America.

Jesse Van Tol is NCRC’s Chief Executive Officer. He has been with NCRC since 2006 and has held a variety of leadership positions, most recently as Chief Operating Officer, as well as senior positions in the organizing and membership, communications, policy and research teams. His work championing fair and responsible banking has resulted in nearly $192.2 billion in new investments in low- and moderate-income communities through Community Benefits Agreements with 12 banking institutions. He is a popular speaker and lecturer, and has appeared on NPR, in the New York Times, Wall Street Journal, Washington Post and many other outlets.

Jesse serves on the board of the Maryland Consumer Rights Coalition, and the executive committee of Americans for Financial Reform. He was a Senior Fellow with Humanity in Action, an international human rights group, and a communications institute Fellow with Opportunity Agenda. He also sits on a variety of advisory boards, including the Federal Reserve Board’s Consumer Advisory Council, and Fannie Mae and Freddie Mac’s Affordable Housing Advisory Councils. He is a member of the consumer advisory councils of Bank of America, Fifth Third, Huntington National Bank, IBERIABANK, JP Morgan Chase, KeyBank, Quicken Loans and Santander.

Jesse received his bachelor’s degree in History and International Studies from the University of Wisconsin-Madison, and is part of the current NeighborWorks Achieving Excellence cohort at Harvard’s Kennedy school. 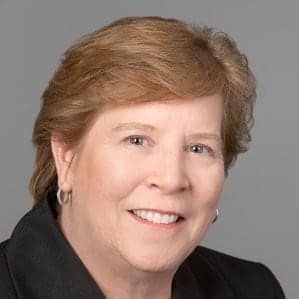 Alice Bodley joined NCRC as its General Counsel in September 2017.  Alice has extensive experience in leading legal and other teams in support of non-profit organizations and a broad array of programmatic initiatives.  She has provided counsel to members, boards of directors and staff members in areas such as governance, regulatory matters, intellectual property, grants and endowments, labor and employment law, corporate compliance and business transactions.

Prior to joining the NCRC team, Alice spent most of her 16 years with the American Nurses Association (ANA) as General Counsel and Chief Legal Officer.  She also worked as the ANA Chief Operating Officer, which included oversight of Human Resources and leadership in strategies to accomplish cultural transformation within the ANA Enterprise. She previously was a member of the Senior Executive Service, serving as Chief Counsel to the Chair of the Federal Labor Relations Authority. She has worked for federal sector labor unions and in private practice, where her cases included constitutional law, whistleblower protection, employment discrimination and labor claims.

Alice is a graduate of Swarthmore College and received her Juris Doctorate from Villanova University School of Law.  She has served on the DC Commission on Human Rights and the DC Civilian Complaint Review Board. Alice is licensed to practice law in the District of Columbia Court of Appeals, U.S. District Court for the District of Columbia, various U.S. Circuit Courts of Appeals and the U.S. Supreme Court. 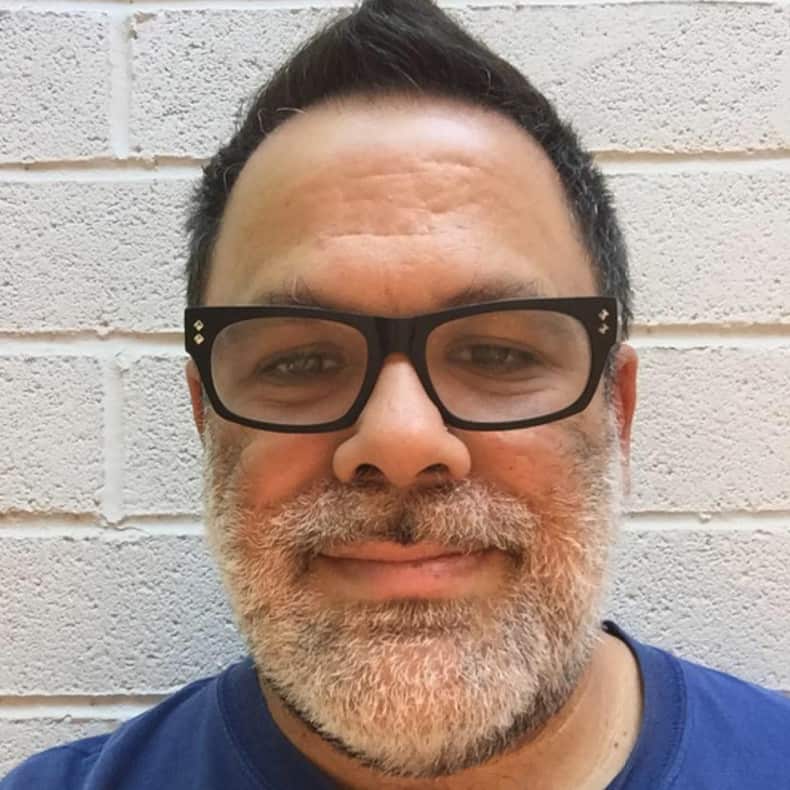 Andrew Nachison joined NCRC in 2017. He’s a media, tech, arts, civic and social venture founder, funder, advisor, executive and creative catalyst. He’s also a writer, journalist and futurist. After a decade of work as a journalist and pioneer in online news, he co-founded iFOCOS, the Institute for the Connected Society, and We Media, an innovation agency, to help people create, share and understand networked knowledge and culture. Earlier in his career he led research, executive education and futures programs for the American Press Institute; and reported and edited for The Associated Press, New York Times, Audubon and other magazines. His work, events and ideas have been covered by The New York Times, BBC, CNN, Fortune, PBS Newshour, PBS Mediashift, Publisher’s Weekly, Mediabistro, the Pew Internet & American Life Project and others. He has been a board member of the World Editor’s Forum and advised a variety of publishing, social and civic media and technology startups and the International Women’s Media Foundation. He’s also a photographer, musician, artist, husband and dad, has published two short fiction stories, written many others and swears there’s more to come. He studied philosophy at Dartmouth College. He shares links and other things at nach.com and is on Instagram @anachison.

Dedrick comes from Prosperity Now where he was the Senior Fellow of the Racial Wealth Divide Initiative. Before Prosperity Now, Dedrick worked for the NAACP, where he was the Sr. Director of the Economic Department and Executive Director of the Financial Freedom Center. Dedrick has also worked for Rev. Al Sharpton’s National Action Network and the Institute for Policy Studies. 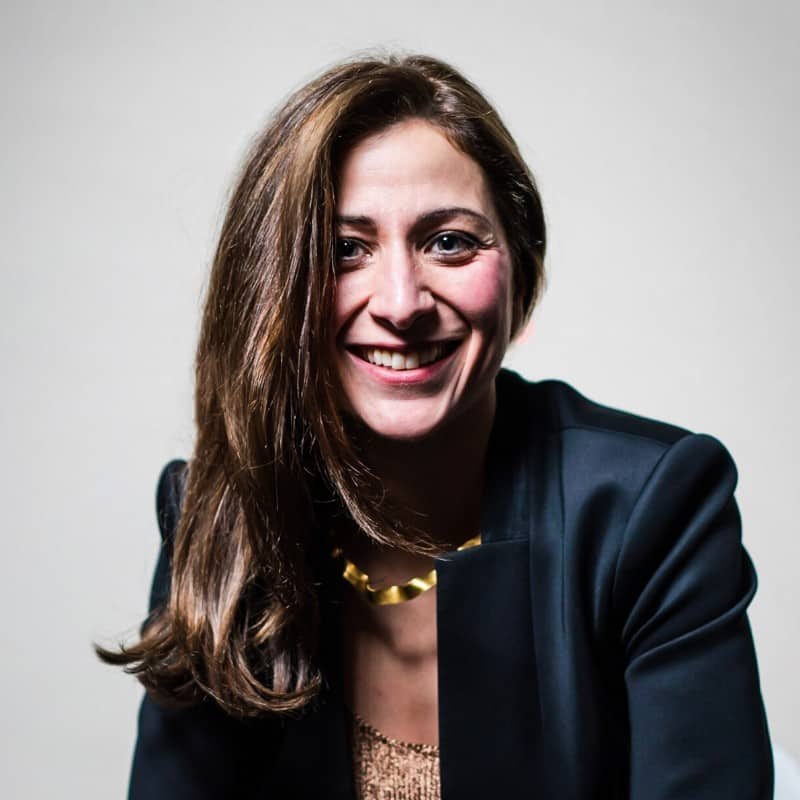 She joins NCRC from the New York City Economic Development Corporation (NYCEDC), where she served as vice president. During her tenure at NYCEDC, Eleni co-founded the Partnerships department, New York City’s public-private partnerships and corporate attraction team; established the Social Capital Desk and oversaw the administration of 17 incubators. Prior to NYCEDC, she oversaw market research at The Opportunity Agenda, co-founded the Business and Labor Coalition of New York and run political campaigns.

Eleni has published extensively on public policy and public opinion research. She has served on many nonprofit boards, including the American Association of Public Opinion Research, the NYU Alumni Association, the Hellenic American Leadership Council and the Business and Labor Coalition of New York. She received a master’s degree from New York University and a bachelor’s from the National University of Athens, in her native Greece. She is a Wharton School Aresty Scholar for Executive Education and Finance. 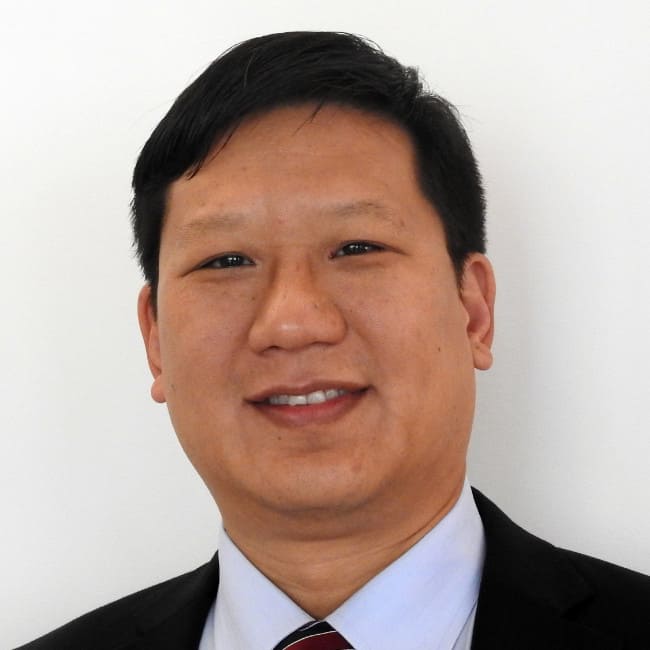 James’ work over the past 20 years has bridged the nonprofit and for-profit worlds and focused on building sustainable and impactful organizations. At NCRC, James is responsible for financial planning across core programs and company-owned buildings and coordinating across related entities including the CDFI and our 501(c4). Prior to NCRC, James served as Chief Financial Officer for GuideStar, which specializes in nonprofit financial data, while also overseeing fundraising and product development. James was also CFO for 270 Strategies, a grassroots advocacy consulting firm, and currently serves on the boards of nonprofits, Aeris Insight and Impact Network. Aeris specializes in CDFI financial and impact data and Impact Networks is focused on K-12 education in underserved rural areas of Zambia. Previously, James led financial planning and management for both national and international divisions of media companies including the Wall Street Journal, John Wiley & Sons, SiriusXM Satellite Radio, MTV International, Hearst Television and Showtime Networks. His original passion was environmental engineering where he started his career. James is a graduate of the University of Virginia where he majored in Economics and Biology and holds an MBA from Columbia Business School.

Marisa Calderon is the Chief of Community Finance and Mobility and a housing and financial services industry veteran.

Calderon has been ranked on the Swanepoel Power 200 as one of the most powerful leaders in the residential real estate industry and named one of HousingWire’s 2018 Women of Influence for her work in increasing real estate and mortgage professionals’ understanding and appreciation of the Hispanic home-buying market. Frequently sought out as an expert, Calderon has been interviewed by numerous publications and media outlets including NPR’s Marketplace and regularly speaks at events such as those for Mortgage Bankers Association, Consumer Federation of America, the FDIC and the National Fair Housing Alliance.

She previously served on the advisory board for the Banc of California and the Fannie Mae Affordable Housing Advisory Council, and also previously authored the State of Hispanic Homeownership Report.

She currently serves as board secretary for the Hispanic Wealth Project, which has a stated goal of tripling the median household wealth of Hispanics by 2024. She earned her bachelor’s degree from the University of California at Berkeley and is in the process of completing her MBA.

Brad Blower joined NCRC as its General Counsel in June 2020. Over the course of his career, he has worked as an advocate on civil rights and consumer protection issues with the federal government and in the nonprofit and private sectors.

Prior to NCRC, Brad was the Vice President for Consumer Practices at American Express, overseeing the company’s compliance with fair lending and consumer protection laws, including servicing as the fair lending officer. Before that, he was General Counsel at HopeLoan Port, an innovative nonprofit web portal solution that connected homeowners in distress with their mortgage servicers and credit counselors after the meltdown of the mortgage market. He also worked as Counsel at the national civil rights law firm of Relman & Colfax, an Assistant Director at the Federal Trade Commission and a trial attorney at the Department of Justice. In all these roles, he brought stakeholders together to combat discriminatory and predatory lending practices. Earlier in his career, he lived in Dunedin, New Zealand with his wife, and was as a visiting legal scholar at the University of Otago Law School. He enjoys hiking, running, travel and reading.

He is a graduate of Duke Law School and Yale University.

Adam has authored numerous publications on consumer finance, payments and mortgage lending and has served on the Board of Directors of the US Faster Payments Council and as a consumer representative to the Department of Housing and Urban Development’s Manufactured Housing Consensus Committee.

Alyssa Wiltse joined NCRC in 2018 as the organization’s new Media Manager, with a dual function of managing media relations and increasing the organization’s storytelling capacity. While she has always been passionate about social justice issues, Alyssa had previously focused this passion on the international environmental sector, working for seven years as a journalist covering the global freshwater and sanitation crisis and more recently working as a media relations and publications officer for an international rainforest and species conservation organization. She also has a B.A. and M.A. in environmental policy from West Virginia University and George Washington University, respectively. However, current domestic challenges encouraged Alyssa to expand beyond this experience to focus more closely on what matters to her most here at home, eliminating all barriers to an equitable society. When not working towards a more fair, just and healthy world, Alyssa enjoys spending time with her family, reading mystery novels and gallivanting in the great outdoors.